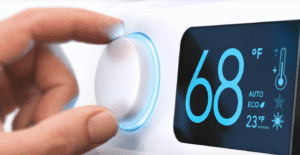 Washington, D.C. – November 1, 2021 – With soaring utility rates, conserving energy may be an important strategy in keeping up with energy payments as some areas of the U.S. face double digit increases for electricity, according to the U.S. Energy Information Administration.

Professionally installed window film is a cost-effective and well proven product for both commercial and residential applications that can save on utility expense and deliver more even interior temperatures both winter and summer. Based on the product selected, such as a low-e coating to reflect heat back indoors in winter, window films may also reduce solar heat gain by up to 84 percent in summer, knock down the sun’s glare and provide an added level of safety by holding glass shards in place when a window is broken.

To help the public readily locate window films The International Window Film Association (IWFA) has a new website featuring an easy-to-use directory to find a local window film professional, a window film distributor or a window film manufacturer. All listed companies are members of the IWFA and have agreed to its policies and guidelines when marketing or making claims about product performance.

“With energy prices reaching levels not seen in a decade or more, the IWFA felt it important to create a simple to use website so the public can learn as much as possible about window films and then find window film,” said Darrell Smith, executive director of the IWFA. “Once installed, window film may offer year-round savings of about five to 10 percent of the buildings’ total energy bill. New window films block 40-60 percent of all energy being lost through glass in winter and may cut cooling costs by 30 percent,” he added.

The nonprofit IWFA offers helpful resources for the public to learn about window film, which is rated for its energy saving performance rated in much the same way that replacement windows are, but professional installation of window films cost about one-tenth as much and may last 15 years or more.

The International Window Film Association (IWFA) (www.iwfa.com) is a nonprofit industry body of window film dealers, distributors, and manufacturers that facilitates the growth of the window film industry through education, research, advocacy and public awareness. Like us on Facebook and see more information on YouTube.