Washington, D.C. – April 5, 2022 – A new survey, asking U.S. homeowners who don’t have window film installed if they are likely to have it professionally installed to improve the energy-saving performance of their existing windows, showed 46 percent said they would. The survey was conducted by The Harris Poll on behalf of the International Window Film Association (IWFA) in late March 2022. 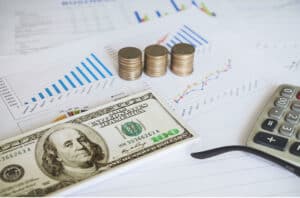 “The poll widely acknowledges window film’s ability to reduce energy costs, and I believe the result may pave the way forward for our nation to unilaterally reduce its carbon footprint and may help utility companies to better control peak energy demand during the most critical periods of the cooling or heating seasons,” said Darrell Smith, executive director of the IWFA. “The IWFA hopes utilities and various government offices develop new rebates or credits as incentives for consumers to have window film professionally installed,” he added

The same survey also found that 79 percent of homeowners have heard of window film. “I believe the poll’s result must be related to the impact that rapidly rising utility bills have had on consumer budgets and the recognition that window film can reduce energy use,” said Smith.

Window films, which may be installed in a day or less without significant disruption on the interior or exterior surface of glass, are widely seen to save about five to 10 percent of a building’s total energy bill. Many window films are designed to block 40-60 percent of room heat being lost through glass during heating seasons and may also reduce air conditioning costs by 30 percent during the cooling seasons.

The International Window Film Association (IWFA) offers a free brochure with advice for consumers on how to select window films to improve the performance of windows they already have to help stem the tide of rising utility costs and also reduce their carbon footprint.

Window film is a very thin and durable polyester that is permanently adhered to either surface of glass windows in good condition, and it often comes with complex performance coatings designed to immediately deliver a wide array of solutions depending on the type of window film being professionally installed.

This survey was conducted online within the United States by The Harris Poll from March 24-28, 2022 among 2,374 U.S. homeowners ages 18 and older. The sampling precision of Harris online polls is measured by using a Bayesian credible interval. For this study on behalf of the IWFA, the sample data is accurate to within + 2.8 percentage points using a 95% confidence level.