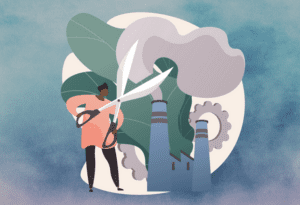 Washington, D.C. – January 19, 2022 – A strong and experienced leadership team have been elected to the International Window Film Association (IWFA) board by its members and this further expands the size of the board to 17 and may provide a clear indication of the growth of the overall window film market.

The need for window film is significant as most existing buildings were built prior to current energy code standards, and this fact is why window films may play a key role in reducing demand for all types of energy generation, especially fossil fuel-based ones. Almost all architectural window films from IWFA member manufacturers are rated by the National Fenestration Rating Council, the same organization that rates the performance of windows, doors and skylights.

As more nations and organizations adopt programs to reduce greenhouse gases, window film may play a key role in helping to reduce carbon emissions and it is also long recognized for saving energy, adding a layer of safety, improving the performance of existing glass windows and providing occupant comfort improvements for motor vehicle glazing.

“The board and our membership provide a backbone for the industry by supporting the mission of the IWFA, which is to help to sustain and grow our members’ businesses, and to partner with our manufacturers and other members to increase consumer awareness and demand for all types of professionally-installed window film products,” said Jack Mundy, president of the IWFA. “We look forward to 2022 and the further growth of the window film industry,” he added.

About The International Window Film Association
The International Window Film Association (IWFA) (www.iwfa.com) is a nonprofit industry body of window film dealers, distributors, and manufacturers that facilitates the growth of the window film industry through education, research, advocacy and public awareness. When you look for window film, look for the IWFA logo. Like us on Facebook, follow us on LinkedIn and see more information on YouTube.